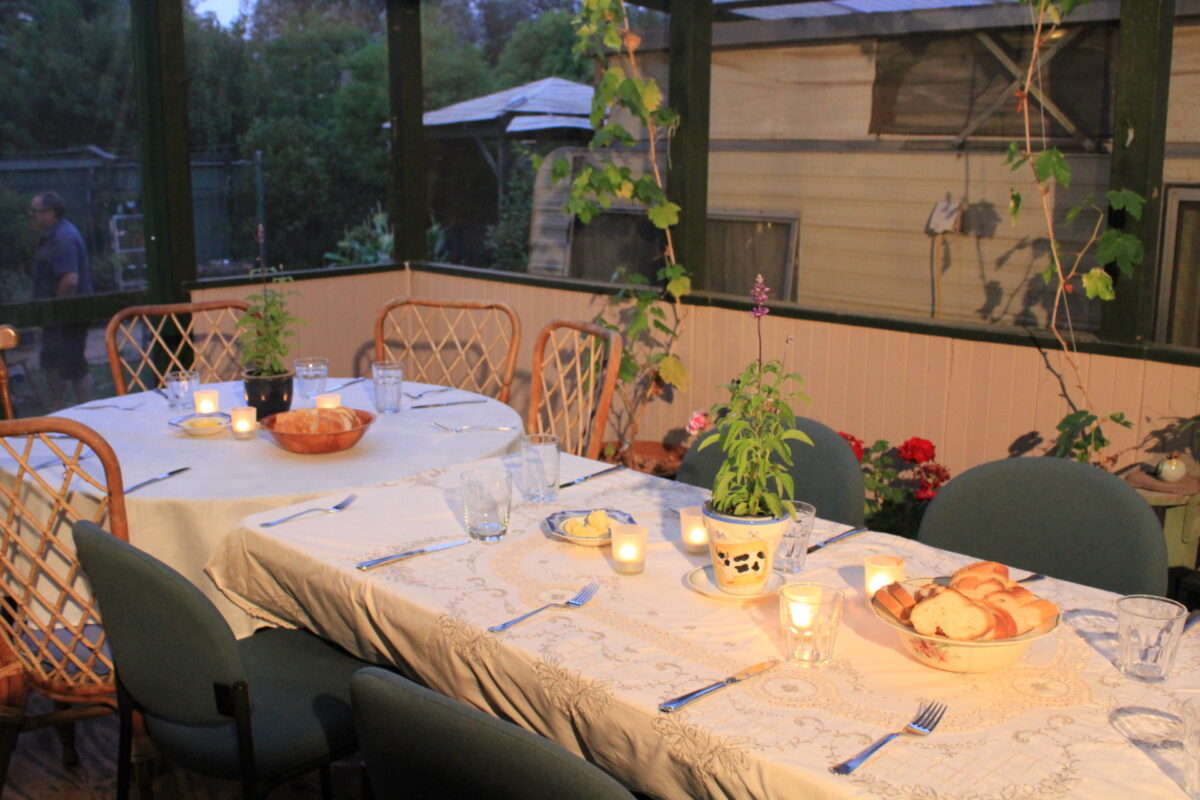 If you could ask someone you respect and admire (past or present) to dinner, who would it be and why?

Let me answer by telling a story.

In my fresher year as a Uni student, I became quite enamoured with the ‘carefree’ lifestyle I could enjoy being a young adult who had left home to commence a degree in the big smoke of Hobart. Armed with a bit of cash from a government studentship allowance, I regularly indulged in the footloose and fancy-free lifestyle on offer. Over time, my dulled and wearied mind began to wonder if the ‘good times’ were actually satisfying and genuinely enjoyable. This question forming in my mind led me to look around to note how my peers were managing their freedom, their studies, their finances, their relationships and their sense of self and dignity.

I began to observe the lifestyle and interactions of one of the students in the Uni residential college where we both lived. She was well-respected, handed in assignments on time, turned up to lectures ready to learn and would often be found with a bible in her hand, as she attended a study in a nearby suburb with friends.

I found her fascinating, and watched her from a ‘safe distance,’ not alerting her to my observations, or communicating with her in any way. I had never seen someone walk around with a bible in hand. I admired her courage to do so, and noted the respect and acceptance accorded her by other students as she went about her life.

I watched her for two years, all the while growing more and more weary and dismayed by the personal life choices I was making, in the pursuit of the elusive ‘good times’ offered by the ‘in crowd’.

So much so, late one night, I finally acknowledged in a raw, honest moment alone, the significant lack of satisfaction in my lifestyle choices. On a whim I will never fully grasp, I did not knock, but rather impulsively barged into her room, woke her and asked her to tell me everything she knew about God. There it was. A strange question but the right question to ask. I knew from the months of observation that she had a secret, an understanding about life that was worthwhile, giving her confidence, courage and poise. I wanted all of that and instinctively realised it was somehow connected to the God of the bible.

Her, wise and gentle response to being woken up by my passionate plea was, “Come along tomorrow night to our bible study to find out more about God.”

I did! Awkwardly, hidden from all my friends, I went along each week for some months to the bible study. Over time, listening, watching and studying the bible alongside a group of fellow students, I found the answer generously and authentically alive in the hearts of those who faithfully shared their hope and truth with me. I too, found the answer in Jesus.

I have never forgotten my beginnings as a Christian. I am eternally thankful for a young woman of faith who bravely and genuinely lived her life amongst use while many of us were chasing after the whirlwind and wondering why we felt empty most days.

My answer to the question of who to invite to dinner and why, is my friend from Uni. To thank her, to celebrate her and to share our stories of life as it pivots on the axis of faith every day.

We are shaped and changed by others in significant, sometimes painful and often powerful ways. But there are those we have watched, respected and admired, perhaps emulated in some ways and they have changed our lives.

And now I ask another question for you to ponder.

Who would be inviting you to dinner and why?

..give reverent honour in your hearts to Jesus and treat him as the holy Master of your lives. And if anyone asks about the hope living within you, always be ready to explain your faith with gentleness and respect. (Even in the middle of the night when rudely roused from deep sleep!)